The work is far from over, but many changes came to Texas’ beleaguered power grid in 2021 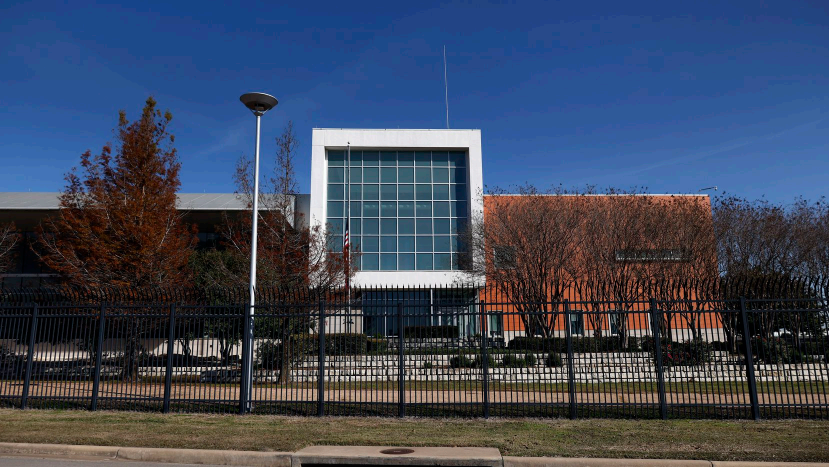 The year 2021 was when Texans, through a calamitous winter storm that killed more than 200, became acutely aware of the lack of stability in a self-contained Texas electricity market that puts a premium on scarcity.

During February’s freeze and in its aftermath, many learned for the first time about the Electric Reliability Council of Texas, which runs the grid, the Public Utility Commission of Texas, which oversees ERCOT, and the Texas Railroad Commission, the oddly named board of elected officials that regulates the natural gas industry.

While December and the holidays are seeing mild temperatures so far, many Texans continue to worry

about the stability of the state’s fiercely independent electric grid. Here are five things that Texas lawmakers and political appointees have done in the wake of the deadly winter storm.

The Public Utility Commission of Texas is now requiring power plants to weatherize to standards in line with what federal regulators recommended more than a decade ago after a 2011 winter weather event that caused widespread outages.

Reports from the Federal Energy Regulatory Commission and the University of Texas both found that many plants failed during the February freeze at temperatures above where those plants were rated to run.

The level of oversight that ERCOT and the PUC now have over power plant weatherization is much greater, with regular on-site inspections and requirements for plants to submit weatherization plans.

The PUC indicated that it was serious on Dec. 8, when it announced enforcement actions against eight companies that failed to submit weatherization plans. But things are far less clear at the Railroad Commission.

At the outset of the winter storm, many politicians were quick blame intermittent renewable energy sources such as wind and solar for the widespread power outages. Those plants did see outages, but in the aftermath, it became clear that issues with the natural gas supply chain played an outsized role in widespread outages.

It also soon became clear that ERCOT had inadvertently cut off power to some natural gas suppliers because those suppliers had never indicated that they were providing natural gas to natural gas power plants, worsening the crisis.

However, the agency has yet to identify all natural gas wells in the supply chain for power plants, and weatherization standards might not be adopted until 2023.

Power companies and natural gas utilities got bailed out; customers will pay the price

As part of several laws passed to address the aftermath of the winter storm, state lawmakers approved a mechanism that essentially bailed out power companies and natural gas utilities that accrued billions of dollars of debt during the February freeze.

Texans are now on the line for more than $10 billion in so-called securitization bonds. The state essentially backed the issuance of debt by these companies to pay natural gas providers the money they made charging exorbitant prices during the storm.

The price hikes were perfectly legal, though deeply unpopular. And to keep these power companies and natural gas utilities whole, Texans will be paying off this debt through their power bills for the next 30 years.

Much remains unsettled in the redesign of Texas’ energy market. The Public Utility Commission’s Chairman Peter Lake has called it a “crisis-based business model,” a model his commission will continue to tinker with in 2022.

Proposals are on the table for penalizing renewable energy as many conservatives continue to blame wind and solar for the outages. Other possibilities include something akin to a capacity market in which power companies would be forced to lock in long-term contracts for energy supply.

But the Public Utility Commission has already made some sweeping changes. Most notably was the change in a price curve and the lowering of the emergency energy price cap.

The commission lowered the threshold for increasing electricity prices to a $5,000 cap per megawatt hour — the old cap was $9,000 per MWh — but also set the trigger for moving to the cap price further away from an energy supply shortage.

The hope is that by hitting this lessened cap more quickly, the state will be better positioned to avoid calls for conservation or outages.

Don’t expect to stop hearing about the grid, even if nothing happens this winter

Texans can expect to continue to get an earful about the grid in 2022.

The grid’s reliability will be a centerpiece of many political campaigns as we move toward next year’s midterm elections.

Democrats Beto O’Rourke and Mike Collier are already focusing on the grid as proof of failed leadership by Gov. Greg Abbott and Lt. Gov. Dan Patrick.

Abbott and Lake, Public Utility Commission’s chairman, have both promised that the lights will stay on this winter. And Abbott recently met with several leaders of large Texas power companies to get assurances.

If all goes well, Abbott and other Republicans could give themselves a pat on the back for a job well done and proof that they are effective leaders.

Either way, don’t expect to be able to forget about ERCOT again for the time being.

Philip Jankowski, Austin Bureau Correspondent. Philip Jankowski has covered government, politics and criminal justice in Texas for 13 years. He previously worked for the Austin American-Statesman, the Killeen Daily Herald and the Taylor Press. Philip is a graduate of the University of Texas-Austin.