Commentary: Keep Texas going with a mix of power

Matt Welch, For the Express-News

The last week has been insane for Texans. Cascading failures of our major energy systems have left many of us questioning our faith that the lights will turn on when we flip the switch or the heat will come on when we turn the dial. People are furious, and they have reason to be. It is unacceptable that more than 4 million homes and businesses went without power, some for days on end.

There has been a lot of finger-pointing by politicians, advocates of certain technologies and those convinced the current market system is completely broken.

With warming temperatures restoring the electricity we have a newfound appreciation for, we can address the questions raised by this crisis: Why did this happen, and what can we do to make sure it doesn’t happen again?

All the stories, all the time

When we think of the Texas electricity grid under pressure, we generally think of our hot summers when we use all available resources to power air conditioners. But warming homes also requires a lot of energy. We would be hard-pressed to find another time when all 254 Texas counties were under a winter storm warning at the same time. This put a unique strain on not just the electricity system but the natural gas system.

During our long, hot summers, most natural gas consumed in the state is feeding power plants to generate the electricity to run air conditioners. The record-setting cold introduced so much demand for natural gas heating that we were unable to deliver enough fuel for both heat and power. Unfortunately, the cold also froze some natural gas wells and pipeline capacity, so we couldn’t ramp up supply.

We will have better data in the coming days and weeks, but it appears no source of energy was untouched by this event, as we had issues with coal, nuclear and wind as well. Before the freeze even began, about 14,000 megawatts of thermal (natural gas, coal and nuclear) power plant capacity was down for maintenance. At the height of the crisis, an additional 16,000 megawatts of thermal power plants were forced offline due to fuel delivery problems or sensor and/or cooling water intake issues. Some wind farms were taken offline due to blade icing, but the lost capacity was not nearly as great.

It is plain to see that Texas’ major sources of energy — natural gas and coal — did not meet expectations. Further, this has shown that “all of the above” should not be written off as a political platitude. Instead, it should be a guiding principle of energy policy moving forward. When most people hear “all of the above,” they think of some formula that calls for both fossil fuels and renewables. However, that definition is too narrow, as we have painfully seen.

What we need is a mix of not only fossil fuels, nuclear and hydropower to provide baseload energy, but renewables like wind and solar to capitalize on low fuel costs and provide more geographic distribution. The grid of the future, however, demands more. We will also need to focus on technology like carbon capture and sequestration, energy storage in all forms, next generation demand-side management systems and responsible energy-efficiency programs.

Meeting future energy demands will call for emerging generation technologies such as hydrogen, next-generation small modular nuclear reactors, community solar and aggregated distributed responsive resources to be developed and brought online. Pair that with electricity market reforms that better align utility incentives with public well-being, and call on the power of free markets to provide competition and value reliability, and act on real-time data, increase customer choice and lower costs across the board.

No one type of technology will fix this, but creating smart markets with clear incentives to keep the lights on is the best method to power Texas during the harshest of conditions.

Matt Welch is the state director of Conservative Texans for Energy Innovation.

[email protected] and @weareoxy stepping up and leading the world on deployment of #ccus. Houston and Texas stands to benefit enormously. #txenergy #txlege https://www.bizjournals.com/houston/news/2021/04/20/exxon-carbon-capture-100b-houston-gulf-of-mexico.html?utm_source=st via @HOUBizjournal 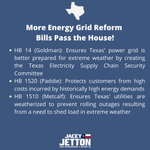 Great to see the new @Rivian all-electric pickup truck at the #TXLege today. 4 wheel drive, running 0-60 in 3 seconds. Truck built for Texas roadways, and off road too. 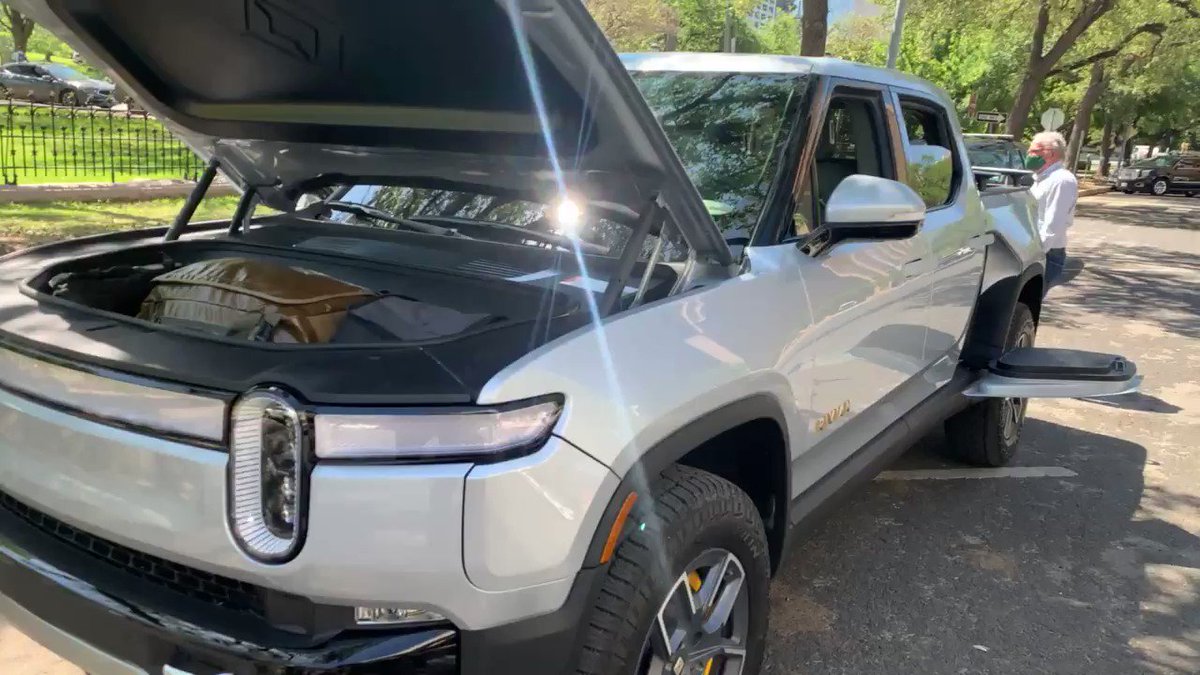 Great testimony from @TXAdvEnergyBiz in support of HB 4120 for electric school buses and clean energy in schools! #txlege 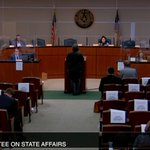 "In the heart of Texas, clean energy jobs are booming… The Lone Star state is quickly becoming the blueprint for a new type of blue-collar worker." bit.ly/3v4jN4j
… See MoreSee Less
Play

"Contrary to popular belief, Texas governor (and later US president) George W Bush, and then his successor Rick Perry didn’t want Texas to be solely reliant on oil," according to Joshua Long, an associate professor of environmental studies at Southwestern University near Austin. "They viewed Texas as ‘The Energy State,’ with a diversity of energy sources."
… See MoreSee Less

In Texas, a rancher swaps his oil pumps for wind turbines

Cattle rancher Bobby Helmers cranes to listen as the blades of his six giant wind turbines slice through the air in the same Texas fields that once echoed with the sounds of oil pumps.

People can’t plug their pumps. He doesn’t own the pumps. The oil company who leased the rights to drill have that authority. 🙄

The best option will be to stay the course and trust the state’s economic model of low taxes and smaller government. The sweeping diversification after the oil bust of the 1980s came about because the private sector had the freedom to deploy its business sense and capital to find new opportunities. Some of them have been in alternative energy.

In recent decades, Texas has emerged as a leader among states in producing solar and wind energy. The fossil-fuel industry won’t disappear from the Texas landscape, but it will shrink. The future lies in an evermore diverse Texas economy, open to newcomers and new ideas—but that has been the state’s path to prosperity for decades.