(Bloomberg) — Perched on the back of a semi-trailer is the latest weapon in tackling the problem of wasted natural gas that oil producers often vent into the air or even burn off at the wellhead.

Cryobox takes fuel directly from wells and turns it into liquefied natural gas, which is easy to store and transport.

For small gas fields uneconomical or too distant to connect to a traditional pipeline network, this small-scale LNG plant is a solution to absorb fuel that would otherwise be wasted. That also makes it a way to prevent greenhouse gas emissions that contribute to global warming and solve a growing problem for the industry.

Wherever oil is produced, gas often follows. If there aren’t enough customers to take it away, the gas is often treated as a waste product and either burned off at the wellhead or allowed to escape into the air—flared or vented in the jargon of the industry.

Making LNG directly at the well can also help recover these supplies known in the trade as “stranded gas” when they aren’t economical to develop or lack pipeline connections. In North America alone, that stranded gas is worth about $600 million.

The Cryobox mobile LNG station is one of a growing number of systems that aim to reduce flaring and get gas to where it’s needed. Utilities and industry increasingly see it as insurance from events such as the gas shortage that caused some U.S. automakers to shut during last year’s brutal cold snap.

“The solution is like an Uber for LNG,” said Thomas Sikorski, founding partner at Blue Water Energy, which is based in London. “Trucks with Cryoboxes can run back and forth.”

Soaring gas output from Australia to Russia is inundating the global market, spurring creative solutions to exploit the surplus and help unlock new sources of demand for LNG.

They vary from the basic—compressed natural gas delivered by trucks—to the more complex micro-LNG plants like Cryobox or another solution being built by Siemens AG. One company even installs data centers at shale sites, generating electricity from the surplus gas to mine Bitcoin.

“It’s a huge market opportunity for us,” Mark Gyetvay, chief financial officer of Novatek, said at a conference in Vienna. “These aren’t large-scale projects that are going to move the needle on the demand side, but these are the investments that can help create demand further downstream.”

Edge’s Cryobox can produce as much as 15 metric tons (10,000 gallons) a day of LNG. The rig can be moved between wells and can be up and running within an hour of arriving on site. Peak production is reached in 10 minutes, which is much quicker than the 18 hours it takes for some big conventional liquefaction plants.

The daily output of one unit is a tiny fraction—about one-3,000th—of large-scale plants in Qatar and Russia, but the focus is on the units’ portability. The small scale means the system makes sense for isolated pockets of reserves where it’s too costly to build pipelines and other infrastructure to collect flows. It addresses a growing problem for the industry.

Shale wells produce mostly oil when they’re first fracked, but over time unwanted gas becomes a bigger part of the mix. Flaring rose to a record in Texas last year due to a lack of pipeline capacity to use the fuel.

About 200 billion cubic meters of gas was flared or vented in 2018, more than Japan and China—the world’s biggest LNG buyers—import annually. Globally, 25% of associated gas is wasted, according to the International Energy Agency.

Edge LNG is using its technology in the Marcellus shale in Appalachia, where there are 1,000 stranded wells, to truck LNG northeast. In the Permian Basin in western Texas and New Mexico, the excess gas may be used at drill sites to power machinery instead of costlier diesel, according to Edge LNG.

By the end of the year, the company aims to have a total of 26 Cryoboxes deployed.

“The business can triple in the next two-three years in the U.S. thanks to the huge growth in Permian,” said Edge Chief Executive Officer Mark Casaday. “Not only can the oil companies say they are reducing their cost, but they can say they are cutting their costs by reducing flaring.”Read More:

To contact the authors of this story: Anna Shiryaevskaya in London at ashiryaevska@bloomberg.netNaureen Malik in New York at nmalik28@bloomberg.net

TOMORROW is your last chance to #VoteEarly. Take advantage of early voting today or tomorrow. Successful #cleanenergy efforts in Texas have been, & will continue to be, the result of strong, #conservative leadership! #txenergy 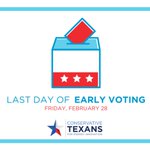 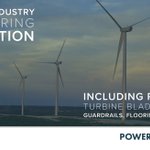 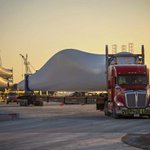 Moving toward more renewable energy will save the @CityofWaco about $414,000 a year — and improve water conservation and air quality at the same time. @KyleKacal @DocAnderson4TX @SenatorBirdwell #txlege #txenergy

City of Waco facilities will move to renewable electricity sources in 2022, thanks to a contract with MP2 Energy Texas approved last week. 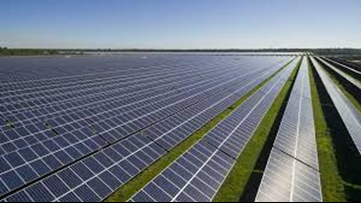 The solar farm is planned to be built on 24 acres next to the Smithville Municipal Airport, generating enough energy to power 200 homes.

TOMORROW is your last chance to Vote Early. Successful clean energy efforts in Texas have largely been, and will continue to be, the result of strong, conservative leadership! … See MoreSee Less

Moving toward more renewable energy will save Waco about $414,000 a year — and improve water conservation and air quality at the same time. … See MoreSee Less

City of Waco facilities will move to renewable electricity sources in 2022, thanks to a contract with MP2 Energy Texas approved last week.

The solar farm is planned to be built on 24 acres next to the Smithville Municipal Airport, generating enough energy to power 200 homes.

Let’s hope they have studied the Georgetown experience well.

Bernie Sanders has a jobs plan for the energy industry. It’s to put as many people out of work as quickly as possible.

Grieder: Democratic push for fracking ban has Texans on edge

WAKE AMERICA! !! DEMS are trying to make this country a socialist place

He must be defeated or our country will go down in ruins. You will not recognize America that we know and love

If any of the commenters ever worked in a modern refinery they would know that it is processing and conserving every drop. It is truly clean energy in that waste from dead creatures is carefully recycled and processed. The lie the Left pushes is such a farce. The same folks who want all of us to live in poverty want the collectivist elites to live well. I'm not buying their dreams. Energy independence after 75 years is worth fighting for.

people we don't need to stress or even worry about bernie, because socialism don't work and bernie won't be our president.

Many jobs in clean energy!!!

Big steps to ruin our economy.

Vote red all the way

Because Texans are too lazy to learn a trade that has a future!

It sure seems that way