Given the rhetoric centered around electricity in Texas this summer, one could be forgiven for thinking that the sky, or at least the power lines, were literally falling down. So far, the Texas electricity grid has been described as communist, drunk and a game of chance, just to name a few of the more polite jabs.

But any freshman taking Economics 101 can tell you that when supply and demand get tight, the correct market response is for prices to go up. Similarly, when electricity market prices go up, that sends a signal that power is valuable and worth investing in.

Some folks are pointing to the high prices this summer and saying that something is broken. But that is not the case. On the contrary, that is how the Texas electricity market is intended to work. The Texas grid operates as an energy-only market which means that power plants generally are only paid when they produce energy. There are other electricity markets that pay power plants to simply be there, even if they are never called upon. But that is not how we do things in Texas.

Given Texas’ market structure, power plants — particularly plants that run only a few hundred hours or less per year when demand gets really tight — rely on those few high-priced hours to make enough money to stay in business. These high-priced hours are a purposefully designed feature of the Texas market. They encourage companies to invest and make sure Texans aren’t paying them for nothing.

Texas consumers rarely notice the workings of the wholesale market, and most simply pay a flat rate for electricity no matter what time of year or day. The quiet efficiency of Texas’ wholesale market is the reason prices in Texas generally are low and have been for a while, which is good for Texas business and consumers alike.

A few long-term trends came together this year to give us the summer that we had. First, the decade-old fracking revolution has driven down the cost of natural gas, and because such a large share of electricity in Texas is generated by gas-fired plants, the gas glut created lower wholesale market prices. In fact, a 2016 study showed that about 90 percent of the cost declines in the Texas electricity market were due to persistently low natural gas prices.

These lower prices meant that some older, less competitive generation assets — especially coal and older gas plants — have retired. This turnover is good for the system; it means newer, more efficient, cleaner, and cheaper resources are able to take their place.

The retired plants were relics of a bygone era when we had to build massive power plants to achieve economies of scale to make their electricity cheap. These days, we build them smaller which makes them easier to finance. While retirements of old plants reduce electricity capacity, new plants often add it back. Investments in new-generation resources do not happen overnight, so we may be a bit short at times, but any shortage should be temporary. For example, by next summer, ERCOT’s reserve margin (the buffer of excess electricity available over projected peak demand) is scheduled to be much larger than it was this past summer because of new energy source projects coming online.

Texas’ electric grid operator, the Electric Reliability Council of Texas has proven it can handle this situation. ERCOT took discrete, well-planned steps to be sure the lights stayed on as reserves tightened. Texans barely noticed and the economy didn’t miss a beat.

Some vested interest groups have tried to declare defeat and muddy reality, blaming technologies such as wind for perceived market shortcomings. They conveniently leave out that most days wind performed as ERCOT expected while gas plants built to provide almost 5,000 megawatts of energy to the Texas grid (enough to power about 1.3 million Texas homes in the summer) failed to show up on a day that ERCOT expected to hit a new peak demand record.

The Monday-morning quarterbacks throwing shade on the system have no real alternative to suggest. All they can offer is more government regulations by bureaucrats telling companies how to operate their business or a system that forces customers to pay for power plants they may never need or use. They advocate returning to a lumbering, less efficient, and more clunky dinosaur of a system.

The Texas electricity market is still young relative to electricity as a whole. Those in charge of the system have made tweaks that should make the market more inviting for investment while keeping the open-for-business free-market ethos that reflects Texas’ way of doing things. That’s the vibrant, competitive energy system that Texas needs and deserves. And as this summer showed, our system works.

Welch is the state director of Conservative Texans for Energy Innovation, a statewide organization that promotes free enterprise, increased competition and less government regulation in our energy economy.

Thankfully, @RepDanCrenshaw is confronting the lunacy of the left on climate change. If conservatives don't lead, expansive "solutions" will be forced on us by environmental extremists and progressive liberals.
@DanCrenshawTX 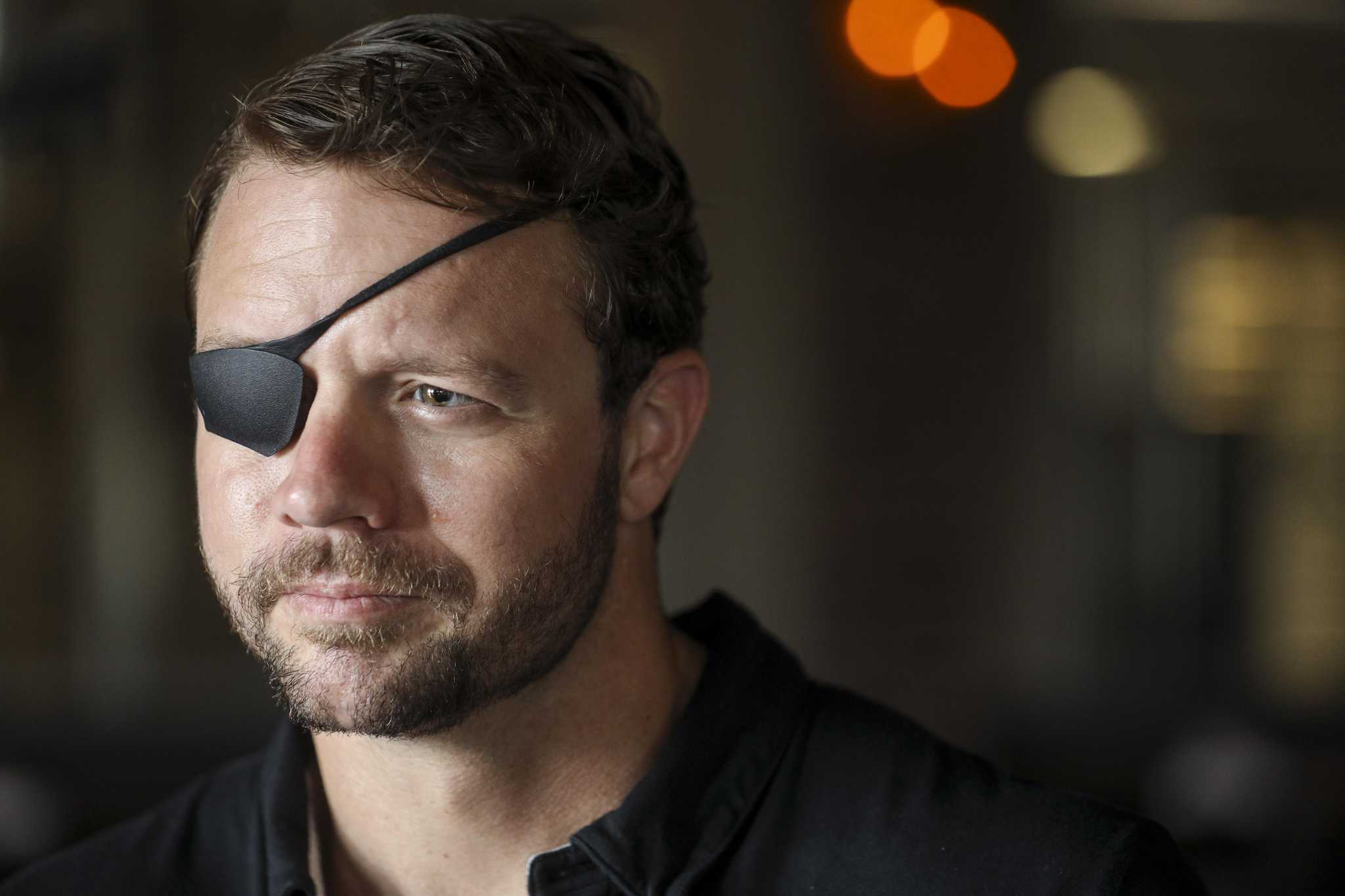 The 35-year-old Congressman, who has proven to be a leader within the party for rallying young conservatives, said most of the left’s alarmism o... 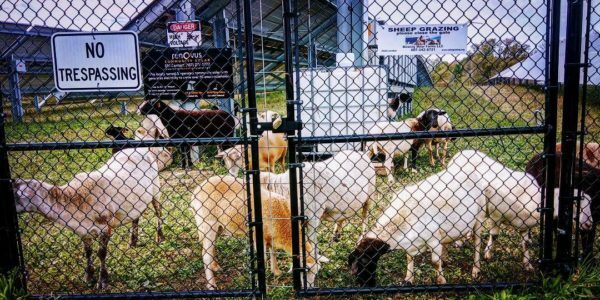 Tinder, except for solar and sheep https://pv-magazine-usa.com/2020/01/22/tinder-except-for-solar-and-sheep/

2/2 Company plans to reduce emissions of methane and volatile organic compounds by developing combined capture technology to be used at natural gas facilities, storage & well sites and transmission facilities. Great example of the public and private sector working together.

1/2 .@framergy, a small business in College Station, Texas, has received a $300k EPA grant to develop innovative technologies to protect the environment while growing the American economy. via @EPA #txenergy

EPA awards $300,000 to small business in Texas to commercialize environmental technologies | US EPA

@bravehearttexas I think you are misunderstood. We support an "all of the above" energy policy. We are strongly in favor of the natural gas industry because it is the economic engine of Texas and much of the country. We are not in favor of "eliminating all those fuels altogether".

You are exactly right Congressman Dan Crenshaw! Of course conservatives want clean air and clean water. But we don’t have to accept the lunacy of the left to get there.

The 35-year-old Congressman, who has proven to be a leader within the party for rallying young conservatives, said most of the left’s alarmism on climate change is unwarranted — but not all of it.

Back the hell up. This bull shit that conservatives are not acknowledging climate change is bull shit. We simply dont buy into the liberal narrative that humans have caused so much damage that an ice age will happen in ten years. Al Gore is a good example as to why conservatives are not all panicked about climate change. He's a lying dirt bag that has made millions from climate change. The fact is in the 70s our world was in much worse condition then it is now because we have changed so much of how we treat our world and awareness that we where damaging it. But Al Gore has led other brain dead liberals to believe our world is still declining because the polar caps are doing their normal cycling. We dont buy the liberal lies. But most conservatives agree we need to take care of our world. We just are not using it to make ourselves rich like thieving ass liberals do.

Thank you Dan Crenshaw. A person with some common sense

Fuck that guy. He also supports red flag laws, and tries to sound clever doing it.

I would really like to know what China, India, South America the rest of these countries that are crying about climate change what are they doing about it?

Great example of our govt working with the private sector to study and test advanced and innovative technologies.

Framergy, Inc., a small business in College Station, Texas was a recent recipient of a US Environmental Protection Agency (EPA) grant to further develop and commercialize innovative technologies that protect the environment while growing the American economy.

The $300,000 grant will be used by the company to reduce emissions of methane and volatile organic compounds by developing a combined capture technology that can be used at well sites, natural gas facilities, storage sites and transmission facilities.

“Small businesses provide the foundation of our economy and are incubators of innovative ideas that create jobs, improve lives and protect the environment,” said EPA Administrator Andrew Wheeler.

EPA awards $300,000 to small business in Texas to commercialize environmental technologies | US EPA

NEWS FLASH: Different energy sources can and do work together just fine, especially in West Texas. As the thirst for electricity to power drilling rigs in West Texas drives the state’s energy needs to new highs, oil and gas companies are increasingly relying on wind and solar power to ensure that the shale boom continues. … See MoreSee Less

This is the benefit of having a businessman as our President rather than a politician. Thank you Donald J. Trump for your tough stance on trade and your steadfast leadership in putting America first. … See MoreSee Less

The potential for more oil exports to China is great.

Yes it is! Even with the Dems anvil around his neck!

It is totally amazing the things our President has achieved in his Presidency! Not a "politician". A businessman! Hallelujah!

😮 Trump is a greedy, lying, treasonous, murderous DICTATOR… from an election RIGGED by Russia. He makes a personal profit playing GOLF on our TAX dollars. He put a "hit" on our US Ambassador to Ukraine (an American). He violated the NATO laws when he killed the Iran general… resulting in 170+ innocent people dying in that plane crash. Millions of American votes no longer count, and nothing has been done to prevent our future elections from being rigged. Trump defended Bin Laden's 9/11 terrorist family again when a Saudi terrorist legally bought a gun in the USA last month (Dec 2019) and killed more Americans on our military base in Pensacola, Florida…

Trump is a buffoon and a traitor.