Power generators have turned to cheaper natural gas over coal in an effort to lower emissions, but cleaner forms of energy are expected to make a move on natural gas.

For years one of the biggest goals for the natural gas industry has been toppling coal as the most-used source of electric power generation. Now that coal-fired power plants are being retired across the country in favor of gas-fired power generation, it would appear that natural gas has achieved this goal. However, as with the kings and queens of Game of Thrones, there is always another contender ready to usurp the crown.
Just as coal recedes from the power generation mix, renewable energy sources are becoming more competitive and are ready to take the place of many of the retired coal plants, especially in the western half of the United States.
“Coal plant retirements have been a market opportunity for natural gas producers historically,” BTU Analytics LLC wrote in a recent commentary, “Coal Retirements and Renewables Face Off.” These opportunities may be limited going forward, though.
“As coal retirements [migrate] west over time, strong renewables development in the West will erode much of the potential future benefit of coal retirements for natural gas producers,” the BTU Analytics commentary said. It noted that this region will primarily utilize renewable energy sources to replace coal-fired generation.

According to data from the U.S. Environmental Protection Agency (EPA), over a nearly 30-year period, natural gas power generation has climbed from representing 11% of the power generation stack to 35% in 2018. Coal-fired power generation plummeted from representing 54% of the entire power generation stack in 1990 to 27% in 2018.
The past decade has seen a major ramp-up in these trends with 81 gigawatts being retired at 696 units at 360 plants in the Lower 48 states since 2008, per BTU Analytics. The bulk of these retirements have been due to a combination of competition from cheaper natural gas and renewable power sources, as well as federal regulations designed to curtail carbon emissions.
This switch has helped total U.S. emissions decrease by 0.5% between 2016 and 2017, according to the EPAʼs “Inventory of U.S. Greenhouse Gas Emission and Sinks: 1990-2017.” The EPA noted that while total U.S. emissions increased by 1.3% from 1990 to 2017, they fell dramatically in the 10 years from 2007 to 2017, decreasing from a high of 15.7% above 1990 levels in 2007.
“The decrease in CO2 emissions from fossil fuel combustion was a result of multiple factors, including a continued shift from coal to natural gas and increased use of renewable energy in the electric power sector, and milder weather that contributed to less overall electricity use,” the EPA report said.

The U.S. Energy Information Administration (EIA) reported in a September 2018 research note that fossil fuels remain the most dominant sources of electric generation. In 2017, coal was the leading source of power generation in 18 states (down from 28 in 2007) and natural gas was the leading source in 16 states (up from 11 in 2007).
However, EIA noted that non-fossil fuel sources were making gains with nuclear power being the largest electric generator in nine states (up from six in 2007) and hydroelectricity leading the way in six states (up from four in 2007). Wind power wasnʼt the dominant power source in any state as of 2017, but the EIA note said that would likely change in both Kansas and Iowa.
“In the 10 states that were primarily generating electricity from coal in 2007 but not 2017, five of those states are now primarily generating electricity from natural gas and five primarily from nuclear. These changes have occurred as coal-fired power plants have retired or been used less and as natural gas-fired power plants have been built and used more nationwide,” according to the EIA.
Much of the switch from coal to gas power generation has happened in the Eastern portion of the U.S., where abundant natural gas production out of the Appalachian Basin has resulted in lower costs than coal. Pennsylvania and Ohio have led the way in gross coal plant retirements in the Lower 48 states since 2009 with Ohio retiring 43% of its coal capacity and Pennsylvania retiring 28%during this time, according to BTU Analytics.
This commentary also noted that 19.3 gigawatts of coal plant retirements have been announced through 2027. However, more than half of these retirements are due to take place in the Western half of the United States, which poses obstacles for the continued growth of natural gasʼ role in the power generation stack.
“Gas producers that are banking on coal retirements to be a driver of gas demand going forward may be disappointed. In the West, due to the quality wind and solar resource, strong renewables development is expected to continue. When paired with coal retirements moving west over time, the opportunity for gas demand growth from coal plant retirements will be diminished,” the commentary said.
It is expected that wind power will gain significant portions of the power generation stack in the Midcontinent while solar power will do the same in the Southwest and California. The Pacific Northwest will continue to benefit from hydropower.
BTU Analytics also noted that market growth for renewables wonʼt be limited to the Western U.S., as they will gradually begin to make an impact in the Eastern U.S. The September 2018 BTU Analytics commentary noted that approximately 60% of wind and solar projects announced are focused on the East Coast.
“While the coalʼs decline is expected to continue, eventually gas will also feel the consequences of renewables growth. Look no further than what is going on today in California where a solar generation has eaten away at natural gasʼ market shares for a potential foreshadowing of the wider electric and power burn markets in the years to come,” the commentary said. 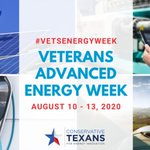 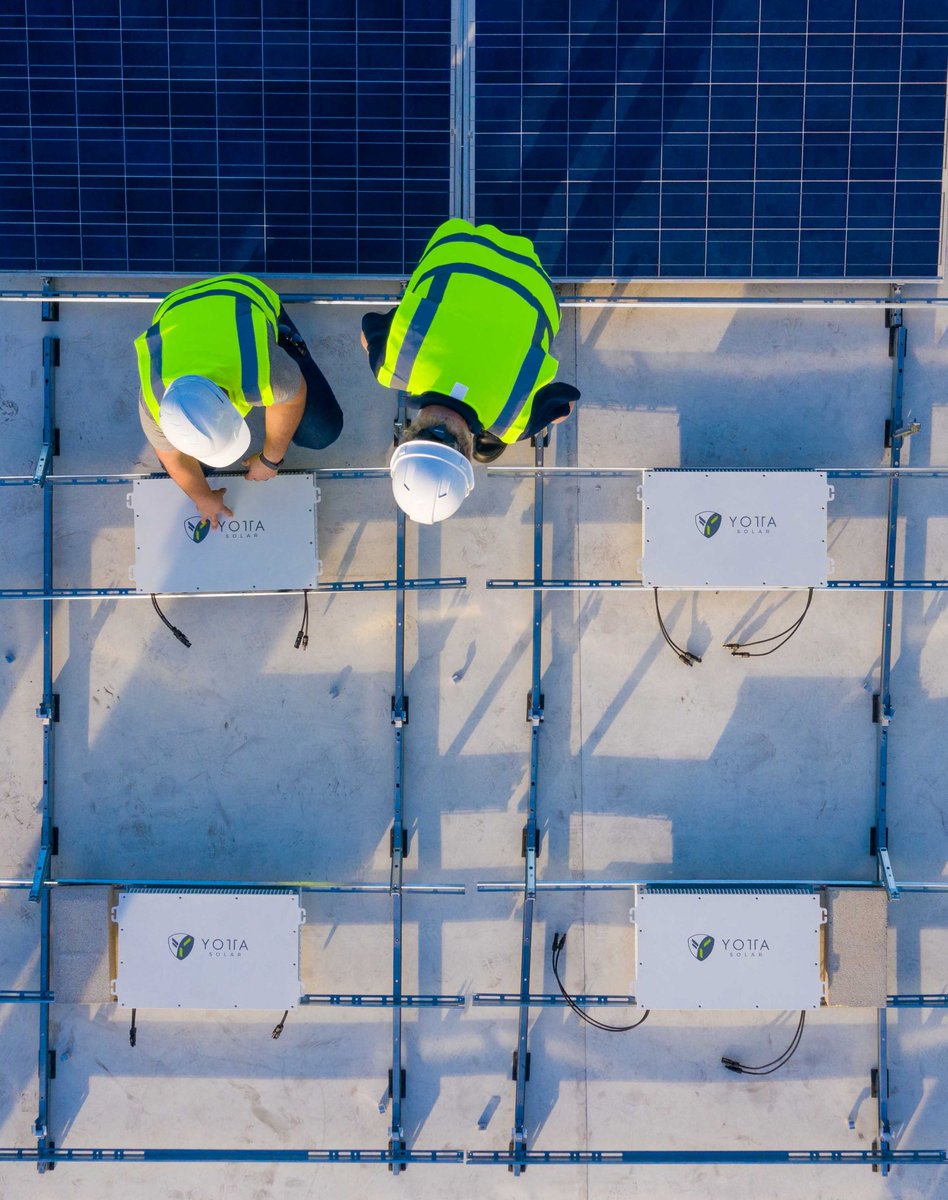 "Today @murata_na announced its collaboration with @yottaenergy to enable the development of a modular, solar energy storage solution" that "not only enhances FORTELION™’s features, but significantly reduces the thermal runaway risk." Read more below.👇👇
https://yottaenergy.com/blog/murata-electronics-and-yotta-energy-announce-collaboration-to-enable-innovative-and-safe-energy-storage-solution

Excellent Op Ed in @DallasNews by @txrrc Chair @ChristianForTX: Now is the time to reduce flaring before the next oil boom/. #txenergy #txlege 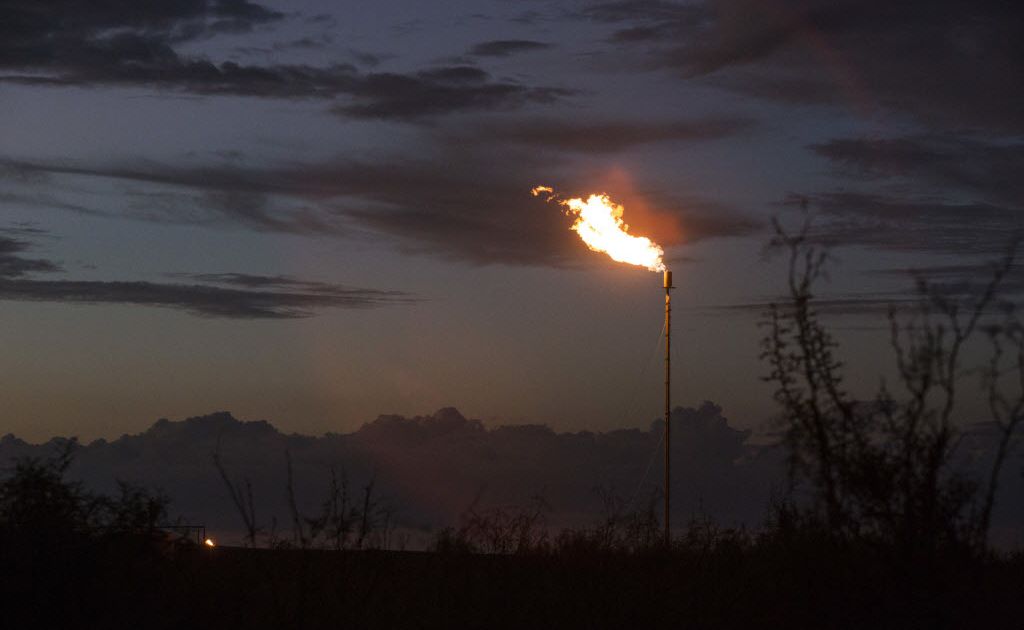 Texas oil regulator: Now is the time to reduce flaring before the next oil boom

Over the past several months, the foundations of the Texas economy have been rattled. Jobs have been lost, some businesses have closed and many people...

"The truth is technological innovation, not radical bans on fossil fuels, have led to an increased production of energy at a lower cost to both our pocketbooks and the environment. From 1970 to 2017, the six major pollutants monitored by the EPA plunged by 73%, while the U.S. economy grew 262% and its population by 60%."

Let’s gather the facts about flaring, get input from all the stakeholders, propose reasonable and responsible solutions, and then implement them. … See MoreSee Less

Texas oil regulator: Now is the time to reduce flaring before the next oil boom

Over the past several months, the foundations of the Texas economy have been rattled. Jobs have been lost, some businesses have closed and many people…